UD for Travel and Tourism 1:

The number of foreign travelers visiting Japan is less than the number of Japanese going abroad and, therefore, Japan’s international travel balance is in the red. The government has adopted a target for increasing foreign visitors to Japan to 10 million by 2010 and has been promoting measures to enhance Japan’s popularity as a tourist destination. From a UD perspective, however, it is clear that much more has to be done. The two speakers exchanged opinions where they shared views on issues and possible solutions. 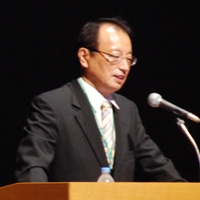 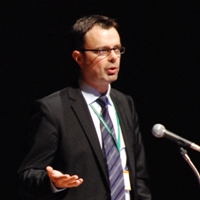 UD for Travel and Tourism 2: Spain’s No. 2 city, Barcelona, is also known as a tourist city committed to Universal Design. Francesc Aragall, President of Design for All Foundation (Spain), demonstrated the sharing of tasks and future prospects through the introduction of case examples realized in cooperation with the city of Barcelona, and the Autonomous State of Catalonia. Yoshihiko Kawauchi, Professor, Toyo University, Japan, as an architectural consultant, spoke about the treatment of UD and the illegal altering of barrier-free facilities of a certain hotel operator in Japan, which led to a social outcry. Against this backdrop, he examined the concepts of hospitality and “omotenashi.”

A sustainable society does not mean simply a cyclical society committed to preservation of the global environment. It also means a trans-generational society, where experiences of one generation are passed on to another and where human rights and humanity are respected. UD perspectives are needed to resolve global issues such as poverty and international conflicts brought on by population explosions, lack of food, and depletion of resources. 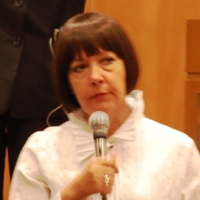 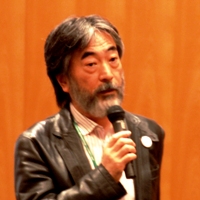 Mobility for All in Asia 1:

Through exchanges of opinion regarding the present situation of mobility in Singapore, Taiwan and Japan, panelists discussed future solutions of UD issues in the Asian region, where economic growth despite differences in language, social systems, cultures and lifestyles. 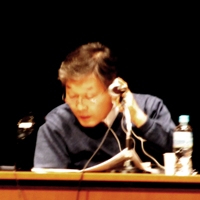 Communication for All in Court

Already one and a half years have passed since the lay judge system was introduced in May last year. The three panelists spoke from their own perspectives about the current conditions and changes in awareness in court proceedings, as well as new issues that emerged. Since UD received a reply from the courts that it was in the process of studying arrangements for people with disabilities, there has been no progress.
Radical improvement in court arrangements is desired both in the preparation and the method of court proceedings so that people with visual or hearing disabilities are able to be free of anxiety about participating in court. 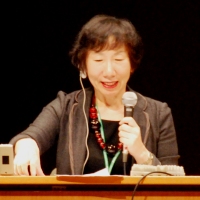 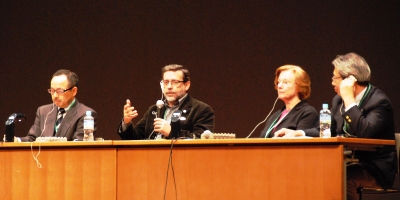 The IAUD Award Selection Committee selected the winner of the Grand Award from among the already announced four winners of the Excellent Award. The award ceremony was conducted and the winners gave individual presentations. 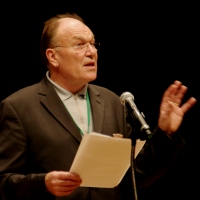 The eight projects and working groups of the Research & Development Planning Division presented reports on their activities. 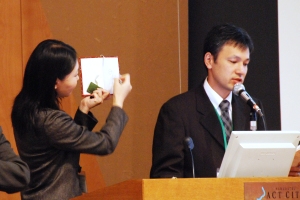 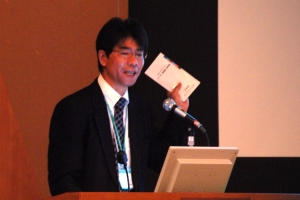 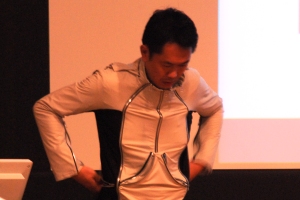 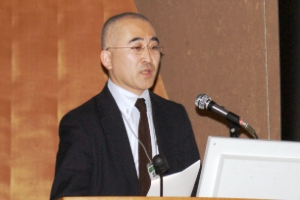