We report on Day 4 activities of the International Conference for Universal Design through feature photos.

Norway and other Nordic countries advocated a so-called normalization process in the 1960s. It was emphasized that persons with impairments should not be segregated in colonies in remote areas; society should accommodate them to enable them to enjoy a normal life with able-bodied citizens in towns. This marked the very beginning of the present UD concept. Norway is also known for its high ratio of women playing active roles in society. Recent UD developments in Norway were also reported. Onny Eikhaug
(Program Leader, Design for All, Norwegian Design Council: Norway)
“Pushing the Boundaries and Changing the Mindset of a Nation” Denmark is known as a country advanced in welfare and also advanced in responding to environmental issues. It has an energy self-sufficiency rate in excess of 100% and has plans to extend the ratio of renewable energy from the current approximate 20% to 30% by 2020. Copenhagen is a city where bicycles are widely used as a mode of transportation. There is much to be learned from its partnership with public transportation. 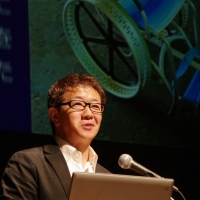 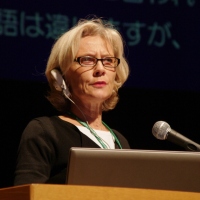 Karin Bendixen
(Managing Director, Bexcom: Denmark)
“Perspective from Denmark: Design for All – Point of no Return!”

iF Award and Red Dot Award are symbolic of Germany, which is famous for its discerning eye for high quality designed goods. The Universal Design Award was inaugurated in 2008. Universal Design GmbH, which is the sponsor of the Award, presented a report on the latest UD developments in Germany. This association has an exhibition at this Conference. 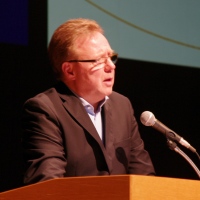 UD developments in the United States

A report was presented on recent developments in UD in the United States, which is recognized as a leader in UD. It was where the concept and language of Universal Design came into being in 1985 and where the Seven UD Principles were framed. The Institute for Human Centered Design is the new name for Adaptive Environments created in 1978. This institution has consistently led innovative initiatives. In 1998, it organized the Design International Conference for the 21st century in New York as well as a conference in Providence in 2000 and one in Rio de Janeiro in 2004. A leading typographic designer introduced the historical background of font design and the latest trends. Eiichi Kono designed the New Johnston font, a font high in readability which has been adopted by the London Transportation Bureau. New Johnston can be described as a typical example of a UD font that offers greater visibility and readability. 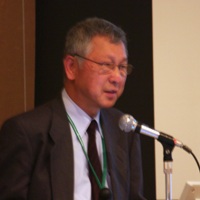 Eiichi Kono
(Typographic Designer: UK)
“Reading Environment – How We Can Improve It with Typography”

Kenshun Ishii, a pioneer among industrial designers, has been involved in designing mainly everyday goods for people with special needs since the 1960s. He is particularly interested in creating tools that assist in preserving people’s human dignity. During his presentation Mr. Ishii introduced some tools designed to improve the user’s autonomy in looking after bodily functions as well as tools for dining that are easy to use and also enhance the user’s autonomy. Towards Sustainable Co-existence 2 – Roles in Government

While Part 1 focused on the role of politicians, Part 2 looked at the role of bureaucrats in light of reports presented in Part 1. Bureaucrats in UD-related offices include the Cabinet Office, Ministry of Internal Affairs and Communications, Ministry of Economy, Trade, and Industry. The Shizuoka Prefectural Government summarized the responsibilities of each office, its future vision and direction. 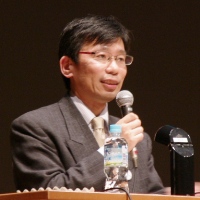 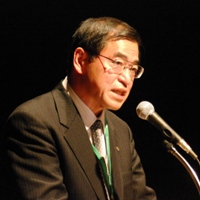 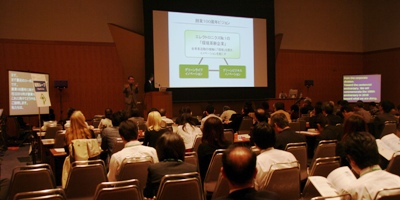 “Consider together about Universal Design of the heart” 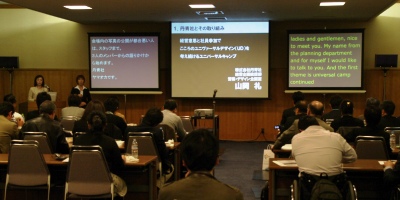 The 48-Hour Marathon for Universal Design

Presentations were given for visitors to the venue and for the mass media. The public was also invited to participate in judging the Best Design Award, Best Presentation Award, Challenge Award, Future Technology Award, and Team Synergy Award were presented to the winners. 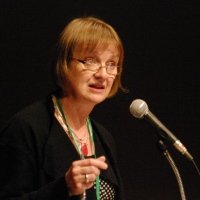 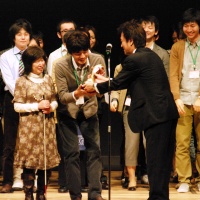