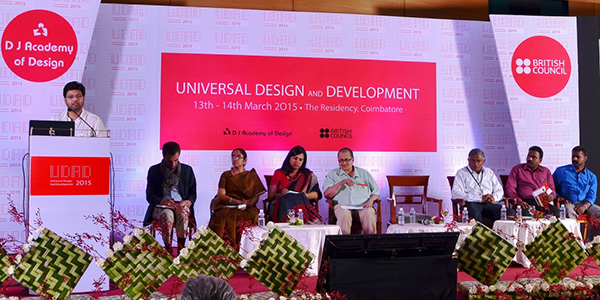 A panel discussion by experts


Human beings by nature are made differently. People are different physically, mentally and in sexual orientations. These may range from being left-handed to transgender. The abilities of people also differ as the age advances. Body and mind, being living entities constantly undergo changes; thin, fat, pregnant, pot bellied , hunch-backed or just aged. Abilities also differ when there is an impairment of an organ or a sense.

Modern Design emerged as a people centric profession that shapes the physical and cognitive environments around. Yet, most designs prevailing in the world today ignore this reality of people with different abilities and address only the so called “Normal” people.

Due to modern life pressures, the number of the people with different abilities (I prefer this word instead of ‘disabilities’) is steadily increasing worldwide and more so in the populated countries such as India. An estimated 125 million elderly (2014) and 63 million visually impaired are in India, not counting the other different abilities. Needs of these enormous number of people is a global issue that cannot be ignored by the designers and architects any more.

Universal Design is an effort to address this issue and redress the situation to bring equity among all kinds of people and integrate the human society with all differences intact.
It is important to note that Universal Design is not, as often mistaken, designing for the people with disabilities.

Universal design is, providing a design solution, a product or a service, which can be used by a variety of people, those with “normal” abilities,as well as those with  different abilities or  special needs, without any discrimination and create an inclusive society.  For example, the Braille which helps a visually impaired person to read English is a design for people with disabilities. However, a simple stick which can be used by everyone, including the elderly, the blind, the left handed as well as the right handed, is Universal Design.

If we look at the situation of Design in India, we notice that it faces three crucial challenges today.
First, Design here is quite young .It is only recently that India has started realizing the power and the potential of Design. India has a long way to go in terms of global and national impact of Design as well as in terms of quantity of designers produced by it.

Second, India is a uniquely pluralistic country which has to battle on multiple fronts while coping with the pressures of ‘development’ in terms of providing basic necessities to its huge number of people, who differ vastly in Culture, language, religion and education,  in a democratic setup. Design has to operate within this rather complex socio-political context. 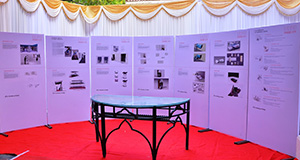 Exhibition of UD projects by students of design

Third, Universal design is still a far cry in a country that holds the second largest population on earth and the largest number of people who are disabled and disadvantaged. There is urgent and crucial need to spread awareness among Architects, designers and design students in the country. Apart from DJ Academy of Design, there are no design schools or Architectural institutions in India offering regular courses in Universal Design. India has the worlds richest and many heritage sites but none of them are accessible to people who are old or physically challenged. Most public spaces such as schools, shops, parks, theaters, hospitals etc. follow the same fate. Residential houses are even less inclusive. This side of the human development totally escaped the attention of Designers, Architects, Planners and the Government of this vast and culturally deep rooted country.

Thus, awareness of UD is one urgent issue in India which is common in all developing countries.

The second issue is relevance of UD. Like many other ‘majority world’ (or developing) countries, Universal design principles which apply to the rich (or developed) countries will not work in India since the physical, economical, and socio-cultural contexts are totally different. A wheel-chair will not be of use in poor rural households where all activities are carried on uneven ground. Realizing this aspect, a concerned group of Indian designers and thinkers developed Universal Design India principles (UDIP) in 2011.

But this perhaps is not adequate because there is a crucial third issue which is the integrated view of UD.The true “Universal Design for the Real world” (UDFRW) is far beyond the physical access and addressing the biological impairments, age or anomalies. This has not been addressed so far at any of the world design forums. The definition of Universal design is presently restricted to only physical access and biological challenges of people. This is a mistake and needs correction because development really means integrated human development in terms of not only industrial development but economic, social, political and cultural development as well. Like many other ‘developing’ countries, Indian people face serious challenges of caste discriminations, hunger, poverty, religious hatred, lack of literacy, ill-health and so on. These are serious challenges of inequality which over ride the physical challenges. Mere biological inclusiveness would be meaningless without considering these often more oppressive concerns. 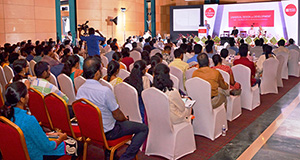 UD is not only a humanitarian concern but also an unrecognized, big economic opportunity in populated poor countries because it increases the consumer base by a substantial 10-12 percent.

There are no easy solutions to the above issues which are more complex and different from the rich countries. But the thinking must start now in that direction for a solution to emerge.

With this background, the D J Academy of Design had organized a two day conference on “Universal Design And Development” (UDAD 2015) during 13-14 March, 2015 in affiliation with the British Council, in Coimbatore, South India. 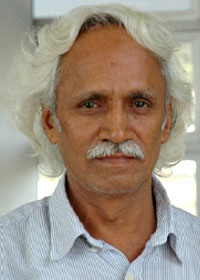 Singanapalli Balaram, Dean, DJ Academy of Design is Emeritus Professor of CEPT University and former Chairman of Education, National institute of Design. He is author and Designer with 45 years of experience in Design Education.

He received the Helen Keller award for his work for people with disabilities and the international Ron Mace ‘design for 21st century award’ for Universal Design, the only Indian to get this honour.

He had been on the advisory board of editors of ‘Design Issues', the prestigious international journal, (USA). His publications include “Thinking Design”(second edition), chapters in books -‘Universal Design Handbook’ ‘Teaching Universal Design’ ‘The Idea of Design’ and ‘Brittanica encyclopedia’.

He founded the Craft Development Institute in Kashmir for the Government of India as an effort to mitigate unrest with development.

He organized the worlds’ first UNIDO-ICSID meeting on “Design for Development” which led to the significant ‘Ahmedabad Declaration’.

First to coin the word ‘majority world’ to replace the ‘developing world’, he was resource person at the International workshop on Design for the elderly held in Philippines. He was keynote speaker at the International conferences on Universal Design held in Kyoto (2006), and at Hamamatsu (2010).

An International conference on universal Design and Development, the first of its kind in India, was held on 13th, 14th March 2015 in Coimbatore, India.

The conference was organized by the D J Academy of Design in collaboration with the British council, UK.

The presentations were categorized in to five sessions as below:

The first four sessions culminated in to the fifth session which was a declaration called “DJAD Convention on Universal Design” which was read out at the conference and it was intended to be sent out to various decision making bodies in India including governmental, nongovernmental, professional and educational bodies as well as International Organisations.

Each presentation by the speaker was followed by a thought provoking film clip as an interlude. These film clips were meticulously selected from commercial films from India and Hollywood. They acted as punctuation marks to the conference proceedings.

At the conference venue, panels of 12 universal design class projects done by students of DJAD have been displayed along with the seven universal design principles.
Delegates, during the break, were also encouraged to try simulation exercise such as going to toilet using wheel chair, walking around blind folded or try using crutches and so on.

It is also worth noting that the conference started with the unusual invocation with a dance which was performed without accompaniment of sound which is normally done. This is done to make the audience to feel how a hearing / speech impaired person would feel. The second day invocation is also unusual because a prayer was sung in front of the delegates but the delegates could not see the singer although she is in front of them. This is done to make the delegates feel empathy towards visually impaired person.

During the evening on the first day of the conference cultural program was held. The delegates were shown three short films related to different forms of disabilities. The Films are:

The publication of the procedings is in the pipeline. The procedings were recorded and are available as a set of 8 DVDs for those who wish to look at them in audio- visual form.A List of speakers and their topics is given below:

I hope for Japan to become a more inclusive city in various aspects.