towards2010: Reflections in a Time of Crisis and Opportunity 1/2

Thank you for the kind opportunity to share some reflections with my respected colleagues at IAUD. First, let me explain our new name. Our organization, founded in 1978 as Adaptive Environments, selected a new name to coincide with our 30th anniversary in the Fall of 2008. The words “adaptive environments” had changed in meaning over time in the US. It was commonly misinterpreted as a concept limited to specialized designs for people with disabilities. Our work was confused with organizations that marketed or designed adaptive equipment. With our Board of Directors, we chose the “Institute for Human Centered Design” (IHCD). We wanted to use plain descriptive language. Our short definition for universal design is ‘human centered design of everything with everyone in mind.’

Why didn’t we use the words Universal Design? We were concerned that universal design, for many people in the US, has come to be perceived as essentially the same and interchangeable with “barrier-free” or “accessible.” It is very important to us to communicate that universal design is a bigger and more dynamic way of thinking about design than the focus on rules and accommodating a small number of conditions. We still have a long way to go in the US to educate the public and convert designers, clients and businesses. We wanted to draw people in to a big idea of the power of design to transform human experience and to do that with simple words. We still use all the common terms: universal design, inclusive design and design-for-all in our daily work.

1. Another Way of Thinking about the Principles of Universal Design

The original set of universal design principles was developed by a group of U.S. designers and design educators from five organizations, including ours, in 1997. The principles are copyrighted to the Center for Universal Design. The principles are used internationally, though with variations in number and specifics.

I would like to share a somewhat different way of thinking about the principles of universal design. In this scheme, equitable use is the overarching and transformative principle that drives the integration of two types of principles: functional principles and process principles. This is derived from the work of Wayne State (Michigan) Professor Robert F. Erlandson. He work is in engineering and product development but his ideas have relevance for the built environment as well as information and communication technology (ICT). The “process” principles vary very little from the familiar seven principles but he adds three broad classifications of functional limitation: ergonomic (mobility, dexterity, strength limitations), perceptible (sensory including sight, hearing, speech, touch), cognitively sound (functional issues that are brain-based and include learning differences, intellectual limitations, psychiatric conditions, brain injury and issues from simple memory loss to dementia related to aging).

Erlandson’s organization of principles addresses two vulnerabilities in universal design. First, as noted above, too often people assume that universal design is a synonym for barrier-free or accessible design. Many people think of universal design as focused primarily on the same conditions as barrier-free: people with mobility limitations especially wheelchair users and people who are blind. The second vulnerability is that it appears to promise too much. Too broad, it becomes meaningless – more concept than design strategy. The Erlandson scheme of adopting three broad categories of human function captures the vast majority of conditions. It makes it easy to understand that barrier-free/accessibility is a floor upon which to build universal design. It makes it easier for a client to appreciate the difference between barrier-fee and accessibility and universal design. It points to the reality that we need more research and innovation to expand a repertoire of design solutions.

The World Health Organization's (WHO) 2001 re-definition of disability, the International Classification of Function, Disability and Health (WHO/ICF) delivers an unparalleled call to action for designers. Disability was once assumed as a way to characterize a particular subset people with largely stable limitations. Now the WHO/ICF says that difference in ability is normal part of human experience, especially in relation to aging. The WHO/ICF defines disability as a contextual variable. It’s dynamic over time and in response to circumstances. One is more or less disabled based on the interaction between the person and the physical, communication, information, social and policy environments. The WHO/ICF called for the identification of “facilitators” that go beyond barrier removal to enhance the experience of all people. It specifically referenced universal design as the most promising route for identifying facilitators.

The United Nation’s Second World Assembly on Ageing: Madrid Political Declaration and International Plan of Action 2002 addressed the potent role of design in its Priority Direction III: Ensuring Enabling and Supporting Environments. The Priority incorporates as assumption that we’ve moved beyond barrier removal and accessibility to the language of ‘enabling and supporting.’At that event, then UN Secretary General Kofi Annan embraced the vision of inclusion in his opening remarks at the Madrid event: our fundamental objective is building a society fit for all people of all ages.

UN Treaty on the Human Rights of People with Disabilities

Another international policy support for universal design is the 2008 Treaty on the Human Rights of Persons with Disabilities, the third supplement to the International Human Rights Treaty. The new Treaty is based in the WHO/ICF model. Delegates from the developing nations played a key role during the five-year-long process of drafting the treaty. They argued for universal design over minimum accessibility as the best hope of ensuring that all development projects would be designed to work for everyone. Given that the developing nations will grow most in the coming decades, it’s a significant opportunity. As of May 19, 2009, the Treaty has been signed by 139 out of 192 UN member nations though not the US. President Obama has stated his intention to do so.

There is also a move toward recognizing that guidance should be developed out of a multi-national collaboration. The World Wide Web Consortium’s Web Accessibility Initiative (W3C/WAI) introduced a new standard in December of 2008 to advance accessibility across the full range of Web content (such as text, images, audio, and video) and Web applications. Web Content Accessibility Guidelines (WCAG) 2.0 can be more precisely tested, yet it allows Web developers more flexibility and potential for innovation. Together with supporting technical and educational materials, WCAG 2.0 is easier to understand and use. It broadened its focus on diverse users including explicit attention to the needs of older users. Thousands of global experts participated in the development of the standard.
http://www.w3.org/2008/12/wcag20-pressrelease.html

In addition to W3C/WAI, the US Access Board convened a global advisory committee for the first time, including the Japanese Standards Association, to update and revise the 2000 guidance on Information and Communication Technology. The committee included international members from the EU, Canada, Australia and Japan in recognition of the borderless nature of technology. The emphasis of the original ICT guidelines was on people with vision limitations and people who were Deaf or hard-of-hearing. Within just a few years, people began to see the potential of inclusive ICT for a much larger spectrum of users.
http://www.access-board.gov/sec508/update-index.htm

towards2010: Reflections in a Time of Crisis and Opportunity 2/2 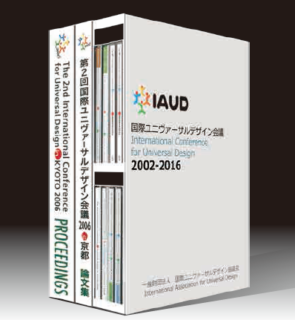 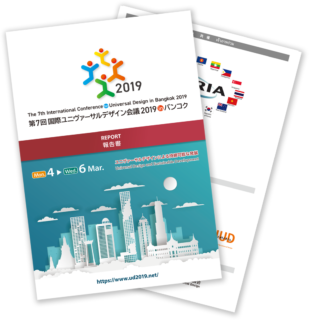