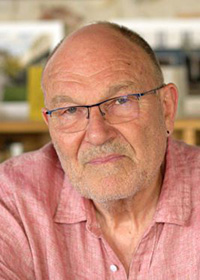 Prior to joining the RCA in 1991 and up until 2002 he was a director of R&D companies London Innovation and Lynch Intellectual Property Ltd, which specialised in socially useful products a services. There he established a longstanding interest in the implications for design of disability and population ageing, and began working on the theory and practice of inclusive design. In 1994 he gave the first ever paper on the subject, The Case for Inclusive Design, at the International Ergonomics Association conference in Toronto and served as Professor of Inclusive Design at the Royal College of Art from 2002 until July 2008.
In 2001 he authored a UK Design Council Policy Paper Living Longer: the new context for design, making recommendations to government and industry on design responses to population ageing.

In 2007 the team's resuscitation trolley won two Medical Futures awards in anaesthesia and critical care, and publications on design for patient safety won a Design Management Europe award. In 2011 the emergency ambulance was a finalist in the first Victor Papanek memorial Design for the Real World awards and in 2012 won the UK Design Museum's Design of the Year Transportation award. In 2012 a suite of new designs to improve patient safety on the ward were exhibited at the Royal College of Surgeons' Hunterian Museum, London. In 2004/5 he played a leading role in drafting BS7000-6 (2005) on inclusive design management, and in 2010/14 advised the UK Technology Strategy Board on a major rethink of long-term care provision in the UK.

His contribution to the development of Inclusive Design was recognised with an Honorary Doctorate from the University of Leuven.

In parallel with his work at the Royal College of Art he was Chair of Cambridge Open Studios, an association of over 300 artists and craftspeople based in Cambridgeshire, where he lived with his ceramicist wife, Sally Reilly, until October 2014, when he relocated to central France. He is currently resident in a small winemaking village in the Sancerre appellation, and President of the ‘Association Christian Louis : clair-obscur’ (chritian-louis.com) a not-for-profit association set up by himself and his wife to promote the work of French photographer Christian Louis, whose career was cut short by cancer at the age of 53.


A fuller biography and selected list of his many publications is available here. 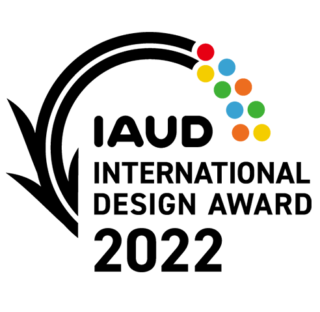 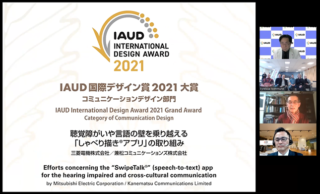